MAGIC was the code-name for an operation done by the US government in 1941 to decipher over 4000 secret messages sent between Japanese officials in Tokyo and overseas. The threat posed in the messages was cited as a justification for internment after having kept the whole operation secret for over 40 years. 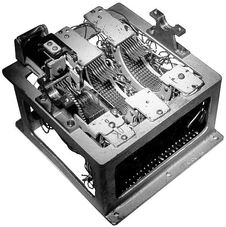 An example of the code-breaking machines used by the United States
"We are doing everything in our power to establish outside contacts in connection with our efforts to gather intelligence material. In this regard, we have decided to make use of white persons and Negroes, through Japanese persons whom we can't trust completely. (It not only would be very difficult to hire U.S. (military?) experts for this work at the present time, but the expenses would be exceedingly high.) We shall, furthermore, maintain close connections with the Japanese Associations, the Chamber of Commerce, and the newspapers. "We shall maintain connection with our second generations who are at present in the (U.S.) Army, to keep us informed of various developments in the Army. We also have connections with our second generations working in airplane plants for intelligence purposes."